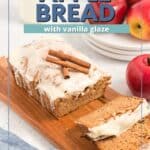 This cinnamon apple bread with a simple vanilla glaze is the perfect fall quick bread and a great way to use excess apples!

Fall baking is my favorite. The smells of cinnamon, nutmeg, allspice…just give me all the spices! And then there’s the seasonal fruits and vegetables: apples, pumpkins, pears, blackberries…the list goes on.

With such an abundance of flavors, it’s no wonder that everyone wants to bake come September.

While many favor pumpkin for fall baking, apples are firmly my favorite flavor to add to baked goods. From apple pie cinnamon rolls, puff pastry apple pie and now this Cinnamon Apple Quick Bread, I want all the apple flavored fall desserts!

I’ve been working on this Cinnamon Apple Bread for a few weeks, and after a few tweaks, it now falls firmly smack bang in between being a bread and a cake. It’s got a denser, chewier texture than a cake, but it’s sweeter than a bread.

I like to add a simple glaze to my cinnamon apple bread once it has cooled down, but it’s completely optional. The sugary glaze will make the loaf sweeter, more akin to a cake. If you’re planning on having this for breakfast, you may want to skip the frosting top!

To make the glaze all you need is confectioner’s sugar, milk (or cream) and some vanilla.

Different types of apples will slightly alter the texture and flavor. For instance, a Granny Smith is a tarter apple with a firmer texture that will have more bite. A Fuji apple will be softer and sweeter. Play around with different varieties to see which you like best!

This recipe makes one 8 x 4 loaf. It’s important that it is baked in an 8 x 4 loaf pan so that it cooks in the middle. This recipe is enough to fill the pan a little more than half way.

Do not fill any higher than that or the top will burn and the middle will be undercooked.

Store at room temperature for 3 – 4 days, either glazed or unglazed.

5. Using a spatular or wooden spoon, gently fold in the apples.

6. Pour the batter into a greased 8 x 4 loaf pan. Bake at 350 degrees for 45 – 60 minutes. You’ll know it’s baked through when the top is golden brown and a toothpick inserted in the center comes out clean.

7. Allow the loaf to cool on a wire rack for 10 minutes before removing from the pan to cool fully.

8. Drizzle with vanilla glaze. Allow the glaze to set up before serving.

Can the cinnamon apple bread be frozen?

Yes! Unglazed, it freezes really well. Securely wrap the cooled loaves in plastic and foil, then freeze. When you’re ready to eat it, just thaw at room temperature and glaze.

My kids have claimed yet again, that it’s my best recipe ever. But they say that about everything I bake. I love that this cinnamon apple cake is not too sweet, has that deeper taste that brown sugar brings to baked goods and just the perfect note of cinnamon for extra fall flavor. 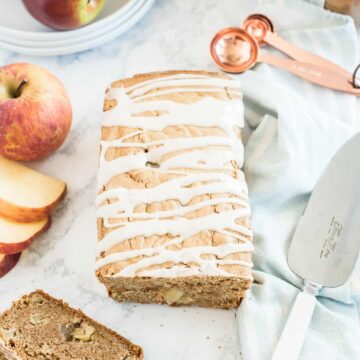 To Make The Cinnamon Apple Bread

To Make The Vanilla Glaze 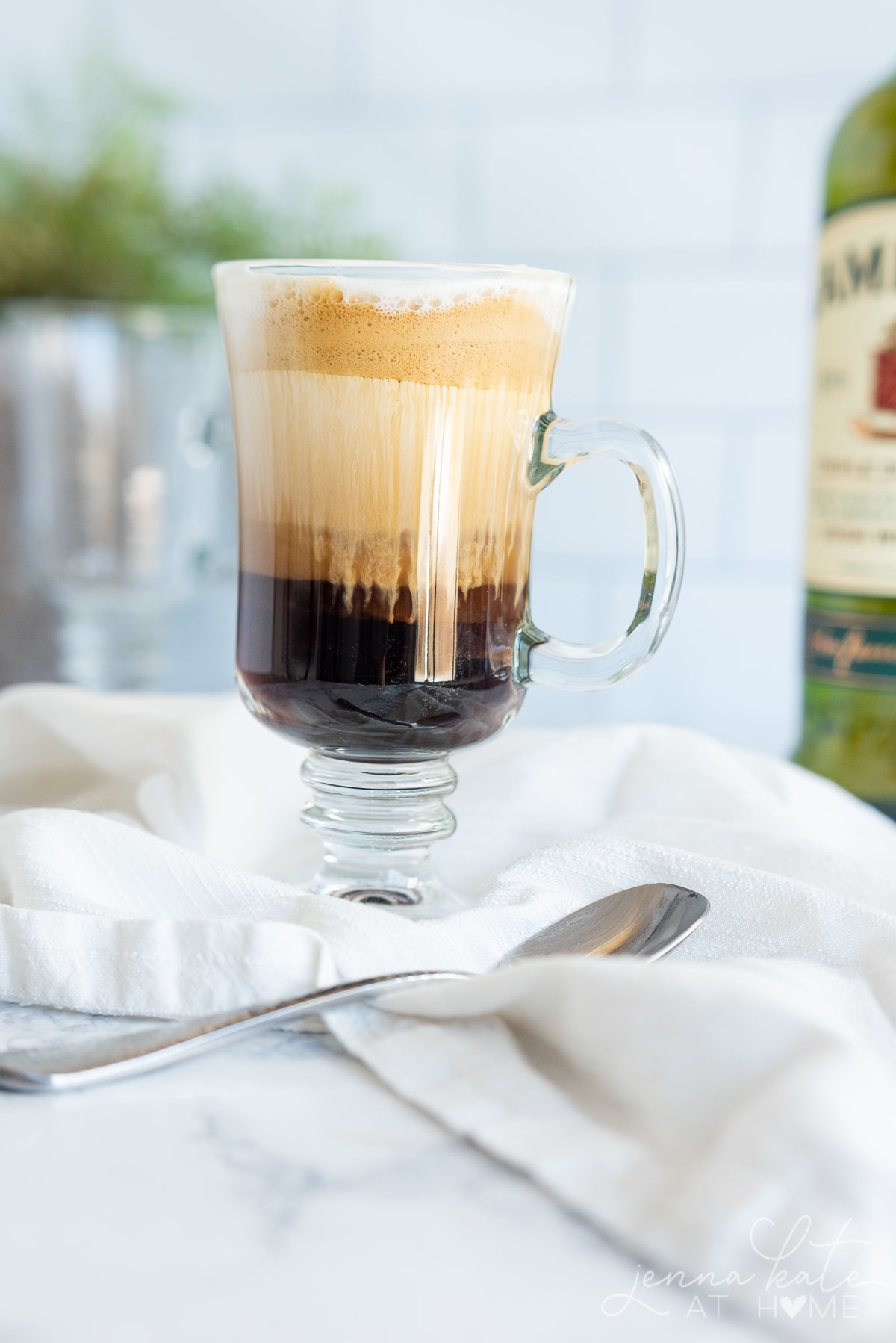 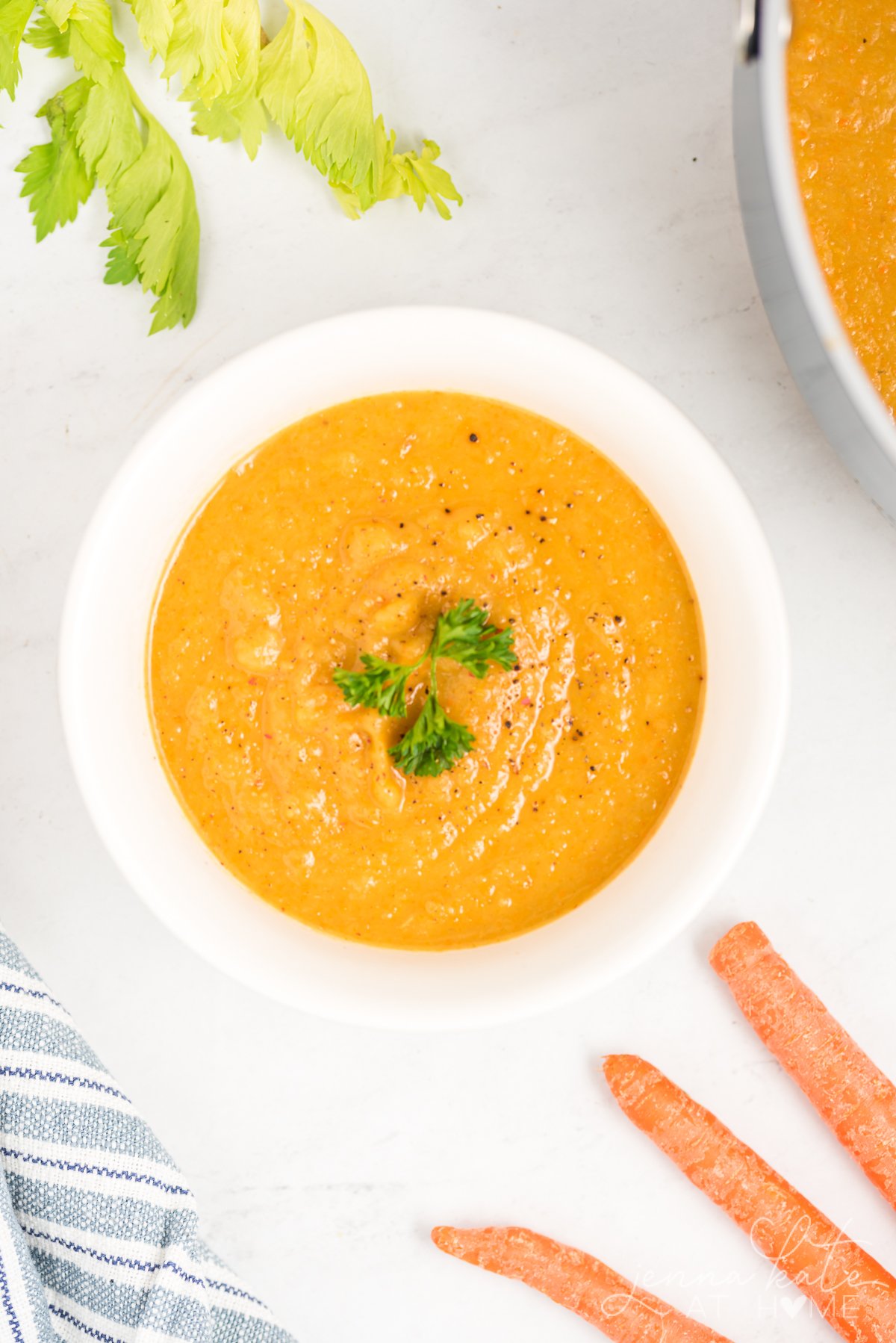 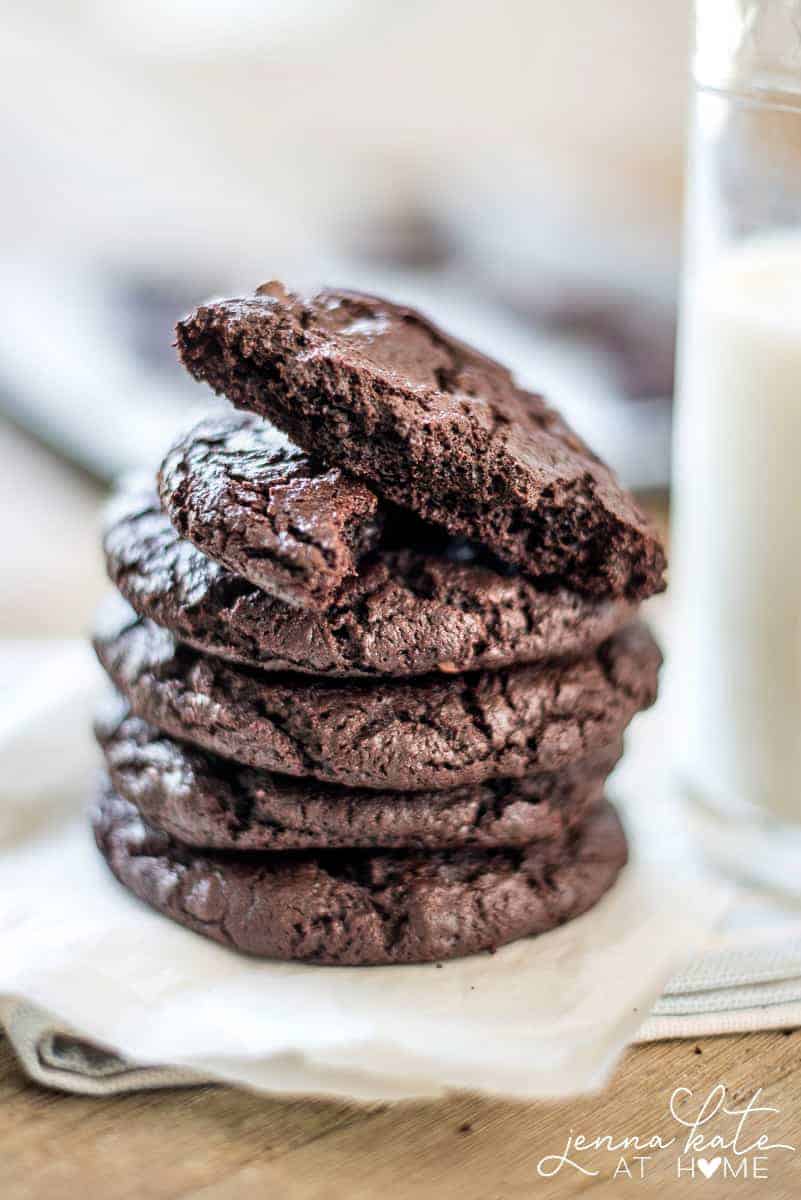 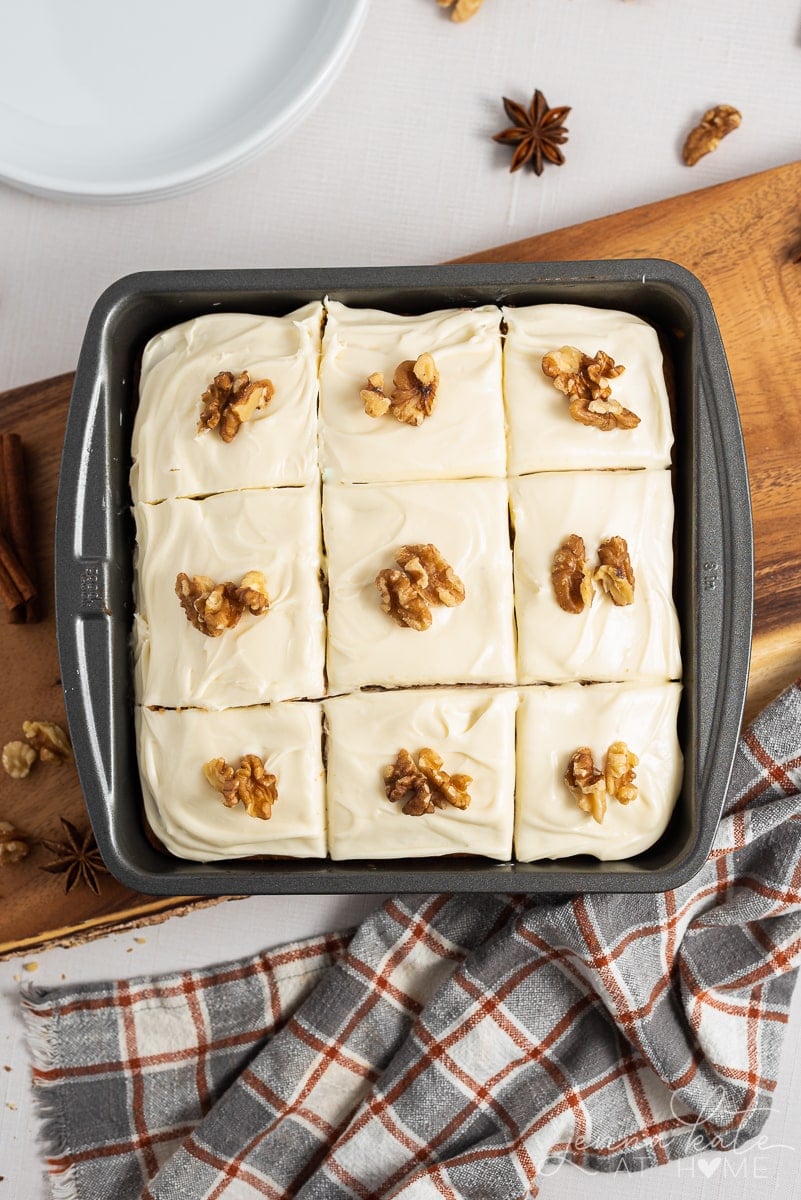 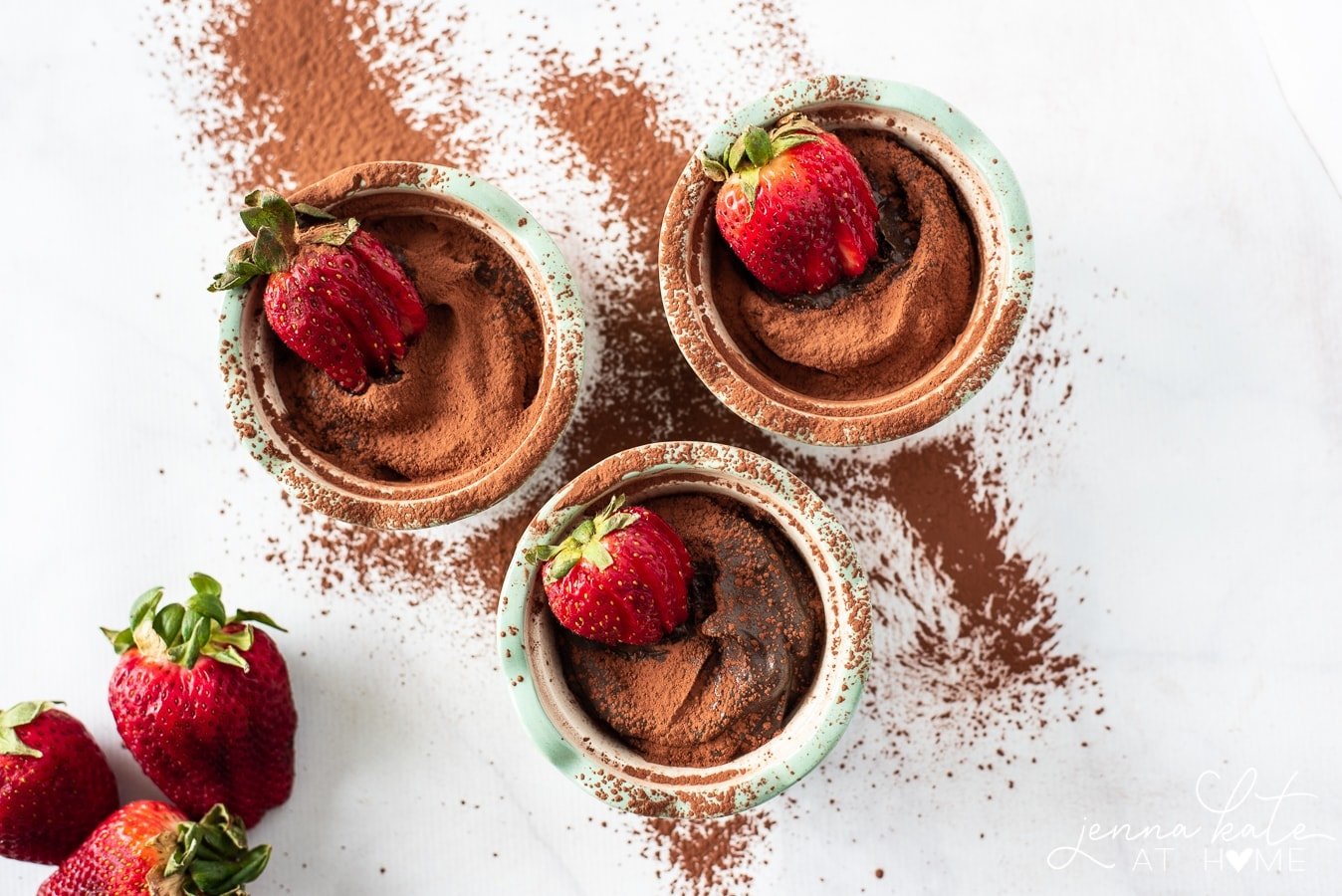 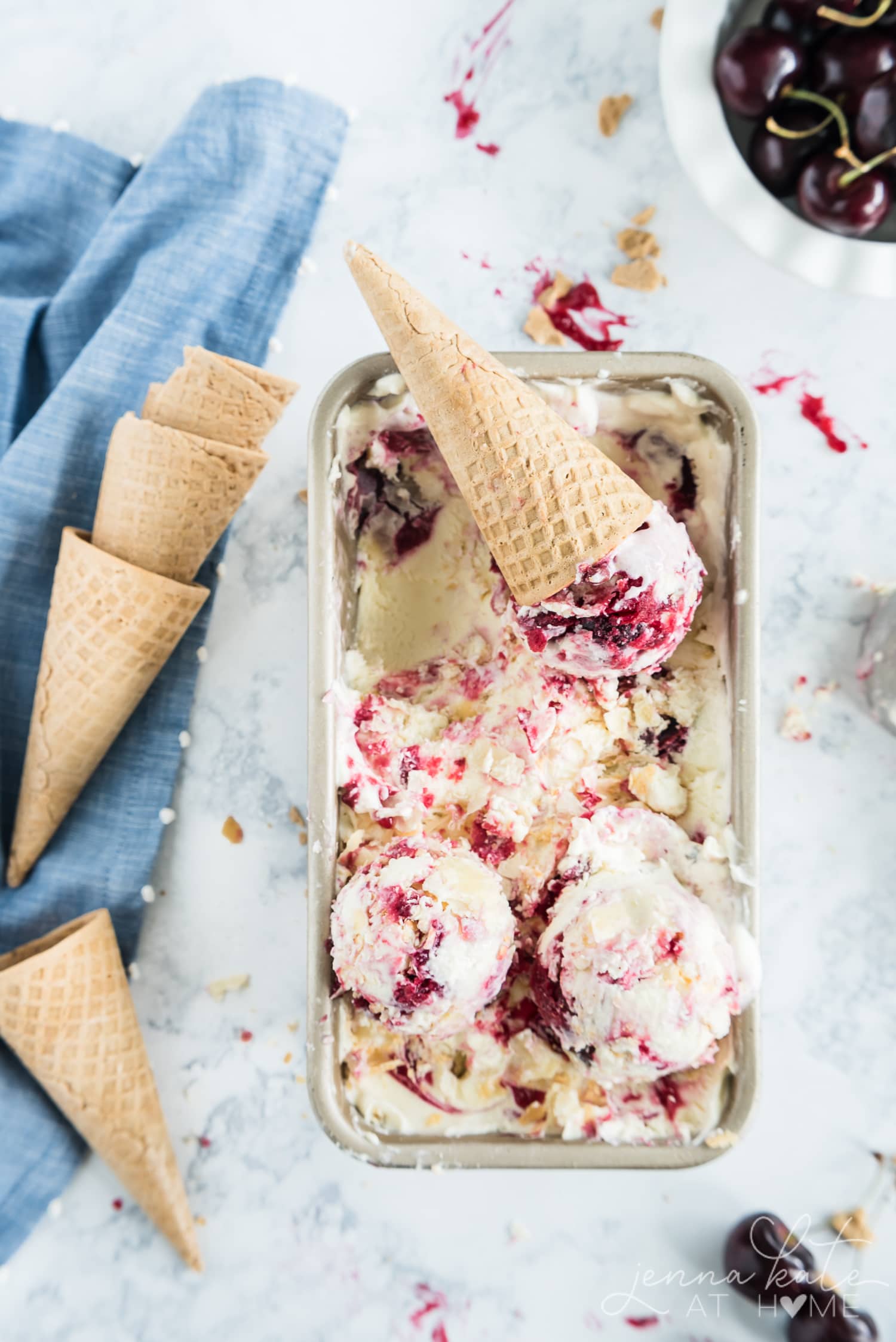